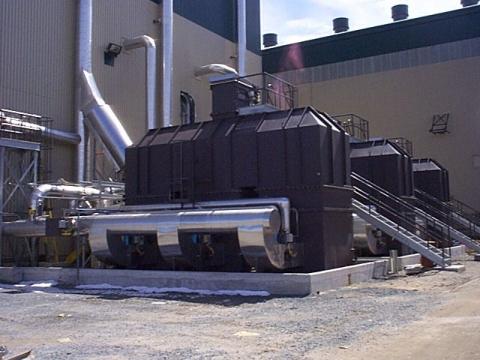 Dioxins and furans produced by a magnesium plant

A BIOTOX® unit has been installed for the first time in the magnesium industry for treating PCBs, chlorobenzene, chlorophenols and dioxins and furans emitted during the manufacturing process. Dioxins are highly toxic chemical compounds that affect human health and bioaccumulate. They are formed at low temperature from chlorine and hydrogen compounds. The principal sources identified are the following:

Dioxins include all aromatic chemical compounds known as dibenzo-p-dioxins. The dibenzo-p-dioxins known for their harmful effects on the environment and public health are those that are halogenated. They are the most common; more than 75 chlorinated dioxins are recognized, the most toxic being 2,3,7,8-TCDD, dibenzofurans (CFDs), chlorophenols, chlorobenzene and chlorophenoxy compounds.

Technologies for thermal treatment of dioxins and furans are most effective when oxidation occurs at temperatures exceeding 1,200°C. Biothermica conducted extensive R&D to develop a BIOTOX® unit adapted to this application.